As mentioned in my previous post, I hurried from Shinsekai to make sure I get to Dotonbori (apparently spelled as such but pronounced as Dotombori) before it gets dark – essentially because one, I wanted to see it compared to at night when it is known to be more alive; two – I wanted to try the so-called TONBORI RIVER CRUISE (which was included in the pass I got for the train and touristy places). 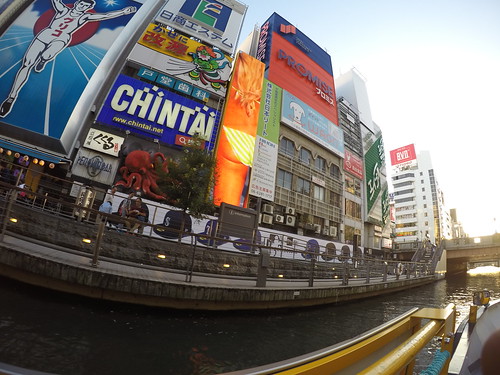 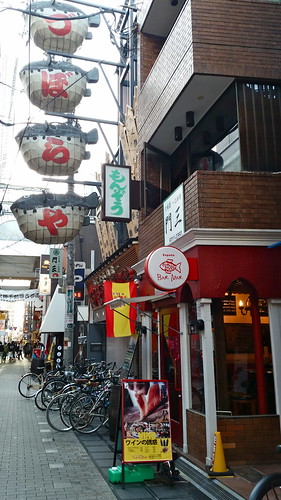 Tons of these food decorations in the area 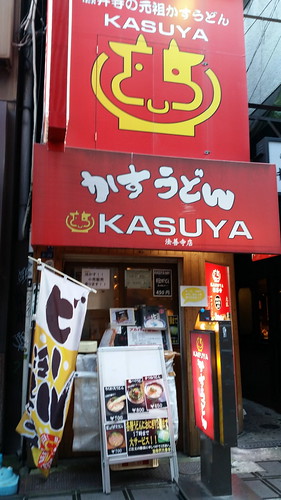 (Apparently though, it is also a town in Fukuoka) 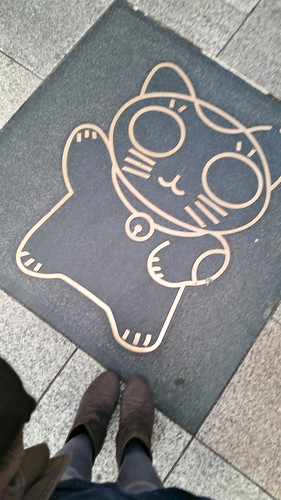 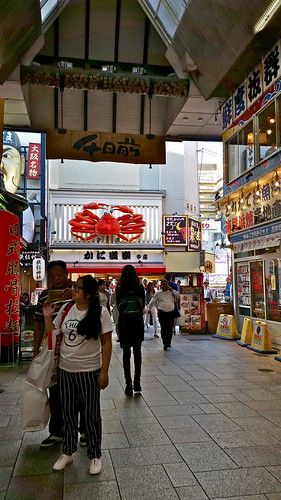 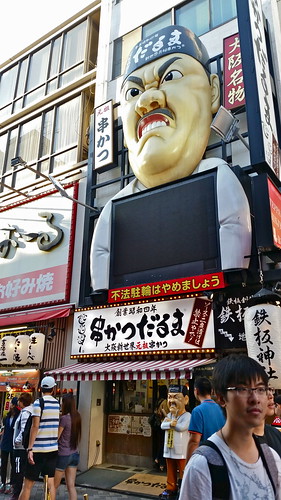 Fun in these giant decorations 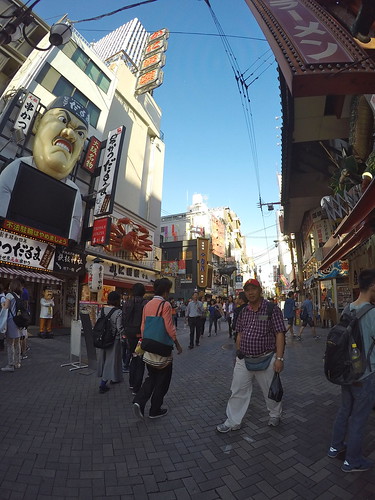 And just the right amount of crowd 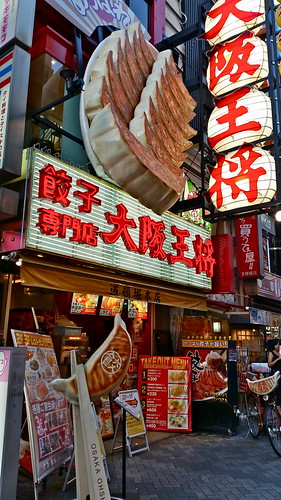 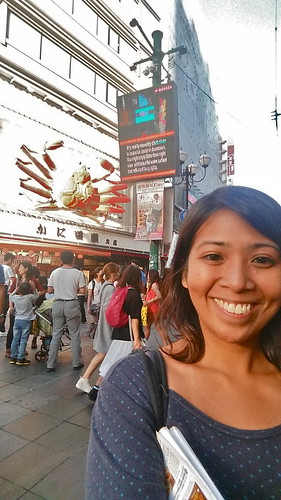 Upon  reaching the main area (one where canal runs through), I rushed to find where I can get my ticket for the river cruise. It is included in the pass but I still had to go to the booth to get a ticket. I forgot how I found it but I luckily made it just right on time that there was not much waiting time.

When I had my ticket, there was a line by the dock. If I remember right, there is a schedule for when the boat rides are but in reality, it depends on the bulk on people who are after the same schedule as yours. Maybe best then to do the cruise when there is nothing set you have to do after. 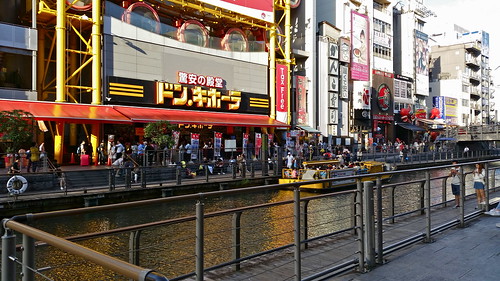 On the way to get my ticket for the cruise 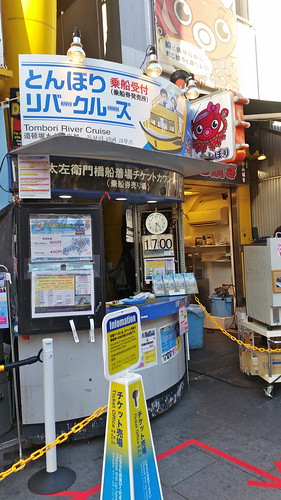 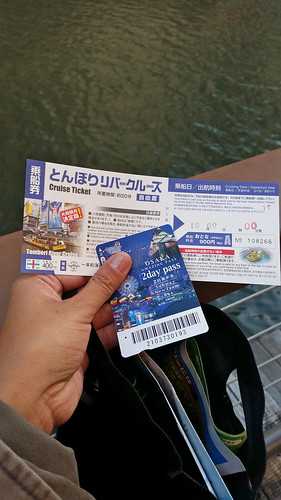 Ticket I got after showing my 2-day pass 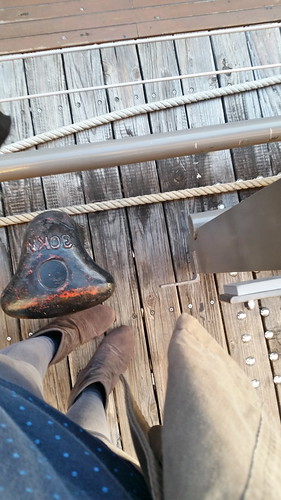 This was after a batch or two of people.

Batch got cut when I was next so for next batch, I was first!

What was funny thought is that I cannot say whether I got the best seat even if I was there first. I got first row seat but ended up being too close to mop, etc. (as shown in photo below). This very same mop I attempted to take off frame in another photo below.

So how was the cruise? Of course I have not read up on it so my feeling really was I thought it was too short. Post-reading on the Internet said it runs for 20 minutes but to me, it felt a lot closer. What I loved most were parts when we were passing through a bridge constructed too low, that point-out to a building where they sell food getting more expensive as you go up and when the guide ‘shut up’ because we were passing a residential area. 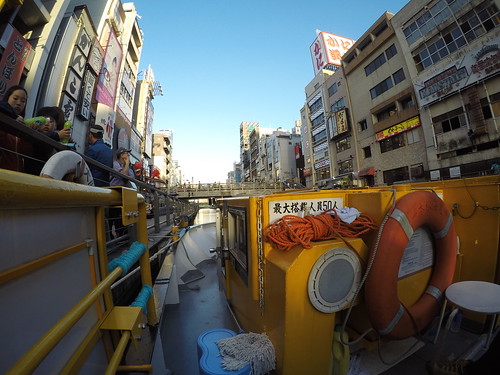 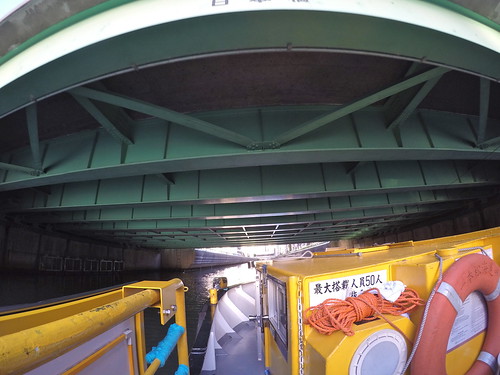 This part of the tour when bridge was so low 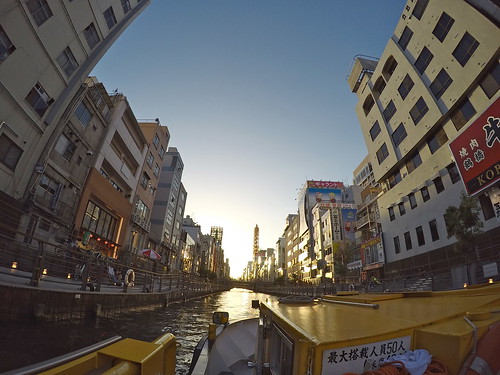 Consciously taking that mop out of the picture 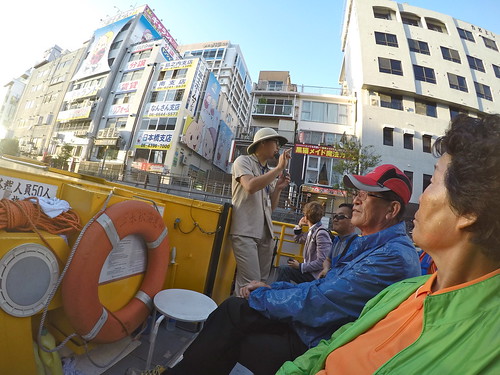 Our guide and my couple seatmate 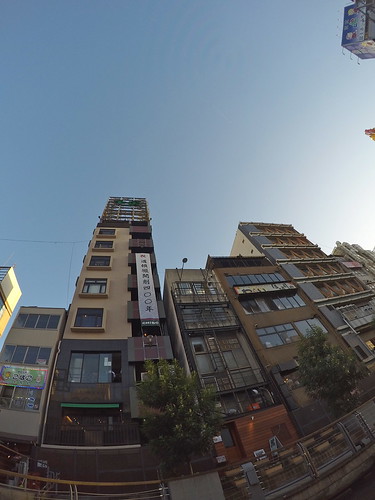 That building I mentioned earlier

(And boy, GoPro does distort significantly) 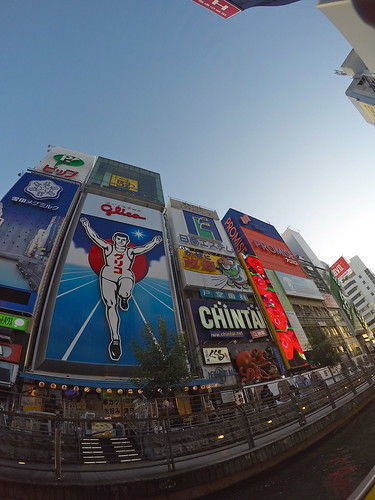 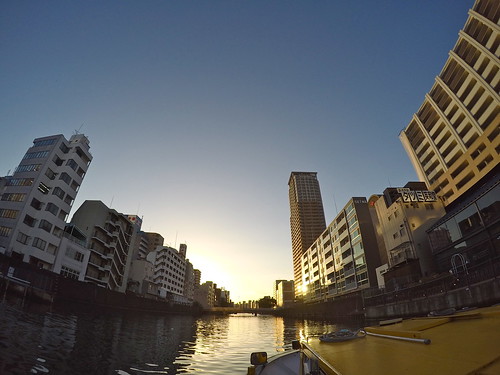 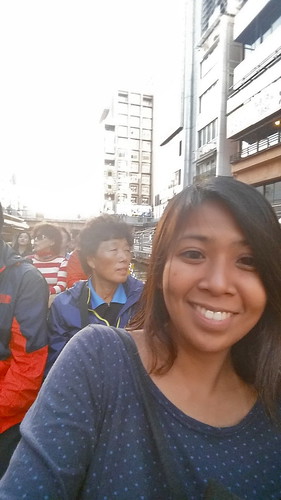 I am not a big foodie whenever I travel but since Osaka is known for it, I knew I had to try something. I am never good in deciding where to eat (and I would not definitely get expensive-that-gets-more-expensive food from that building) so I just decided to try something other people seemed to be raving about. Hence this takoyaki place on literally a corner as people have been lining up so I was like, okay. 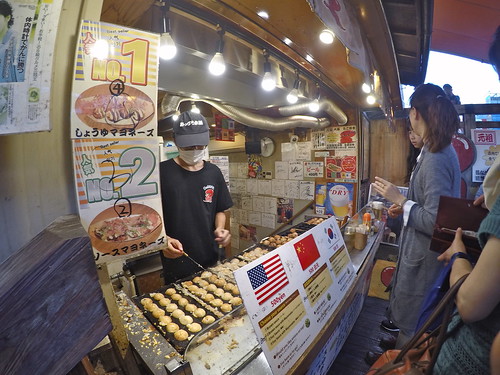 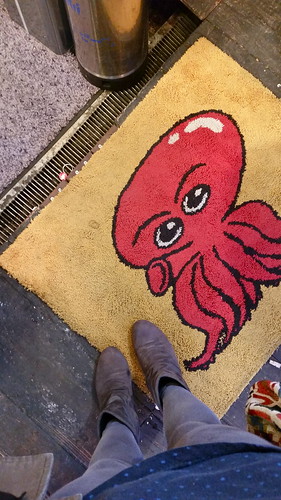 Some kind of takoyaki mascot 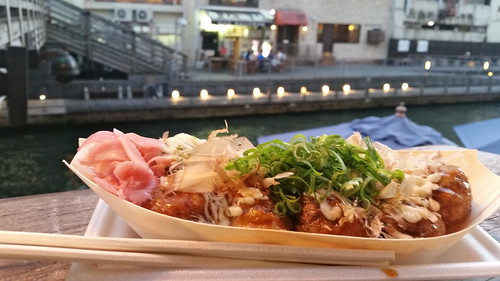 And serving was just too much

After eating as much as I can of that takoyaki (while standing up because all seats were taken), I went back to my hotel to rest a bit then off I was again to this very same place – excited to see how it transforms.

Read more about it on my next entry.

One thought on “[Osaka, Japan] ~ Dotonbori in Almost Sundown”

Follow I am no travel planner. on WordPress.com
Join 814 other followers