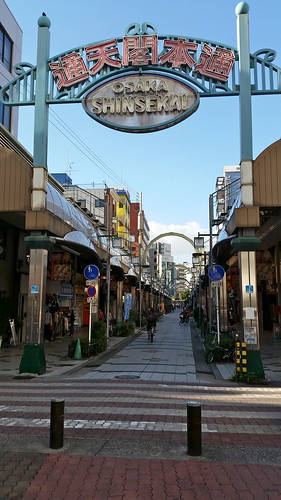 I had no set itinerary for that day except make use of my unlimited day pass so after seeing castles,  animals it was for some odd reason. From the station which could not be mistaken as the nearest to the zoo with its series of posters as clue, I was led to this alley of restaurants and shops before finding my way to them – with penguins becoming my ultimate favorite.
From within the city to somewhere high to see it from above, next destination was the nearby Tsutenkaku Tower located in this neighborhood interestingly patterned after Western, the tower itself after Eiffel – something I personally think to be uncommon with a country we perceive as highly championing its own.